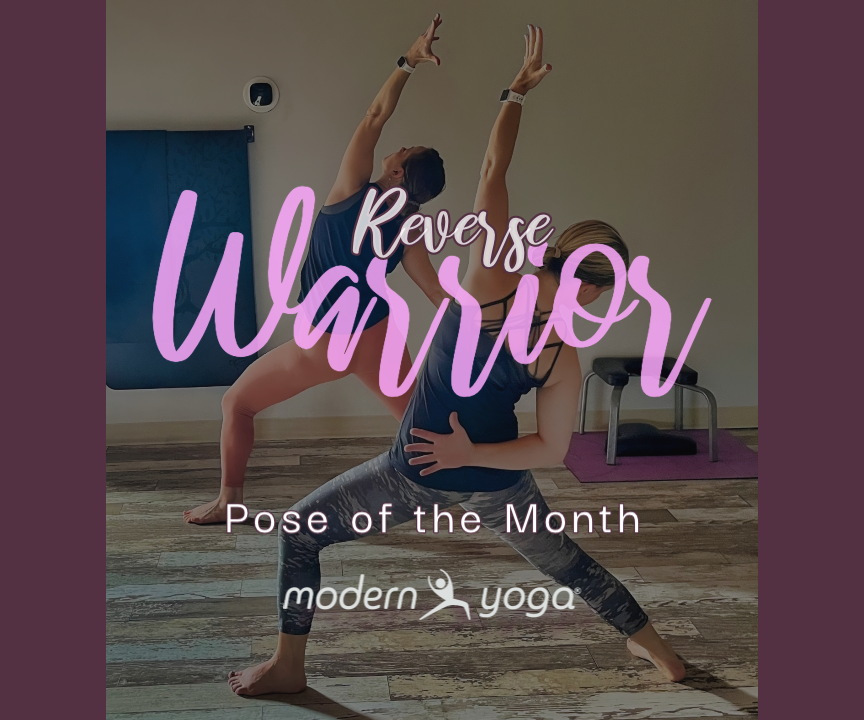 This month, we highlight Reverse Warrior Pose or Viparita Virabhadrasana

It’s the inspiration for our logo, and we think it is a great pose to highlight during our anniversary month. Our community is celebrating 6 years!

Viparita Virabhadrasana (pronounced vip-par-ee-tah veer-ah-bah-DRAHS-anna), is known as Reverse Warrior. This standing pose is widely used in yoga. Its name comes from the Hindu warrior, Virabhadra, an incarnation of the god Shiva. The word “Viparita” means “reverse” in Sanskrit.

Reverse Warrior has many benefits with continued practice, such as strengthening the hips, quads, arms, shoulders, torso and neck; stretching the groins, hips, legs and obliques; and opening the chest and shoulders. The pose also improves flexibility in the spine, inner thighs, ankles and chest. Reverse warrior increases blood circulation within the body, which can reduce fatigue and calm one’s mind. Also, with repetition, reverse warrior can alleviate low back pain. 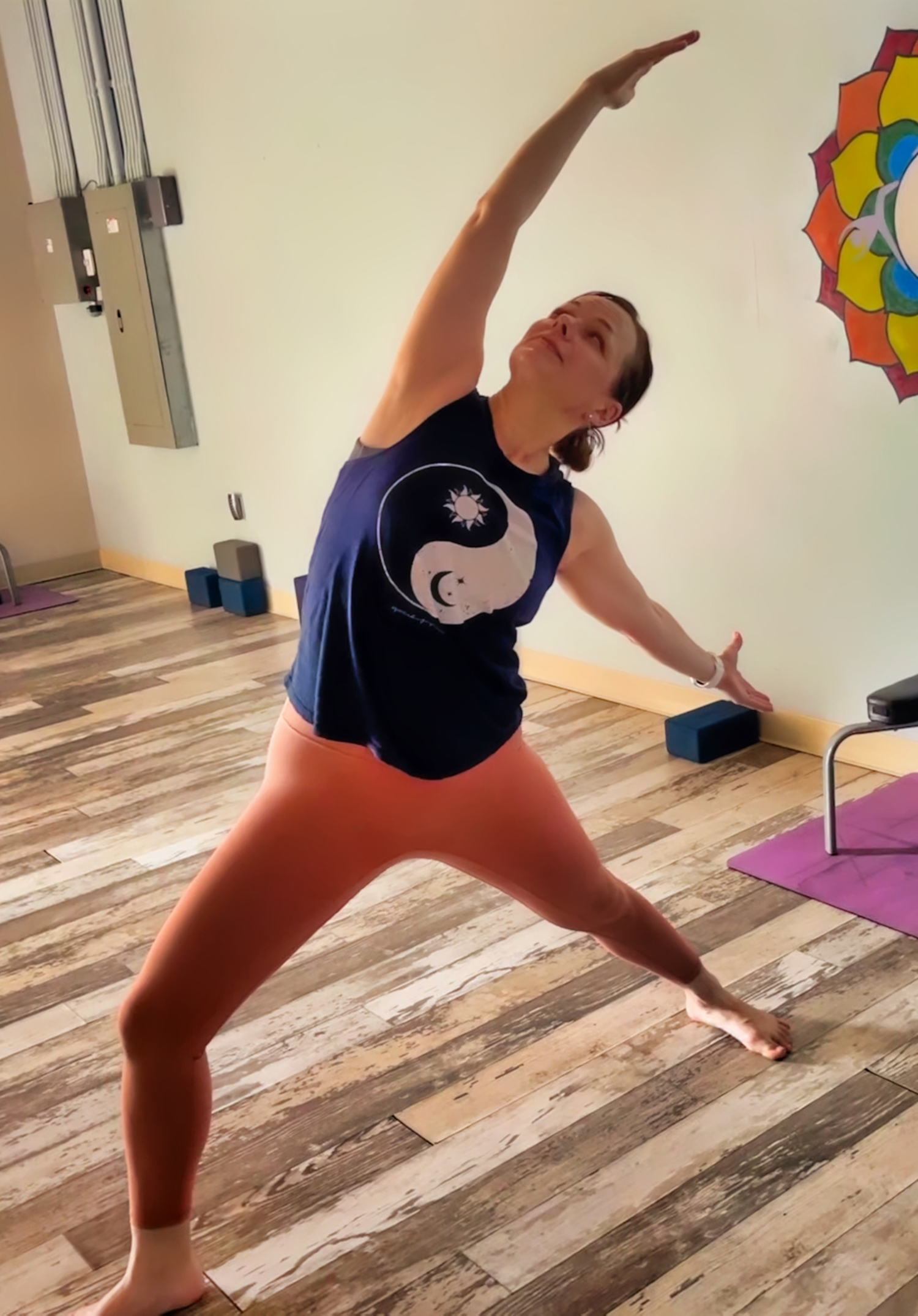 Reverse Warrior has many benefits, but it should be approached cautiously by anyone with neck, hip, spinal or shoulder injuries & also people who have high or low blood pressure. Practioners with neck injures should take care to keep their gaze forward in the pose instead of tilting the head backwards.

How to get there… 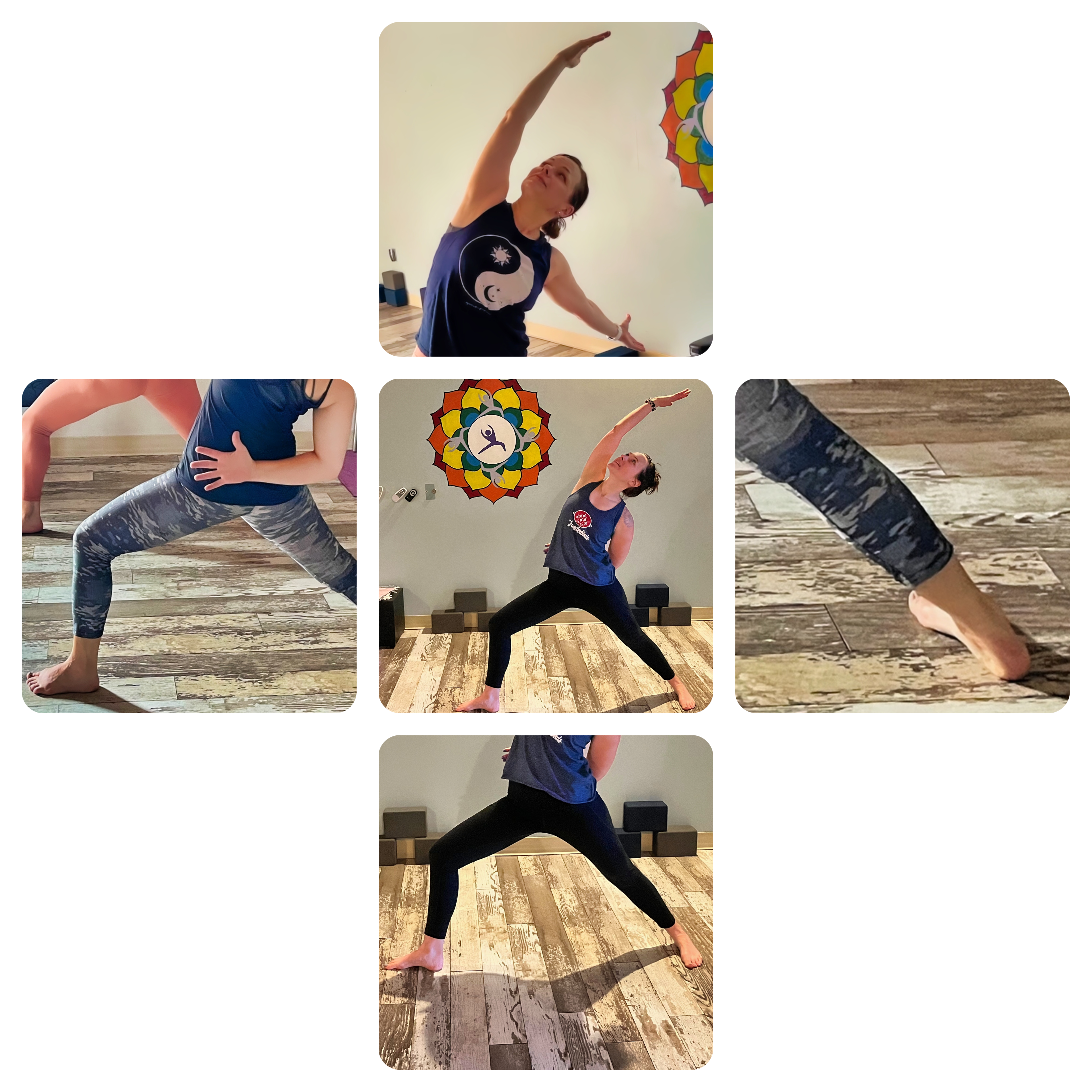 1. Start in a warrior II or stand with feet hip-distance apart and arms at your sides. Turn to your left and step both feet wide apart, about 4-5 feet.

2. Turn your front foot out 90 degrees, so your toes are pointing to the top of the mat. Pivot your back foot slightly inwards.

3. Raise your arms to the side to shoulder height, parallel to the floor. Your arms should be aligned directly over your legs. With palms facing down, reach actively from fingertip to fingertip.

4. Bend your front knee and exhale. Align your knee directly over the ankle of your front foot. Take care that your front shin is perpendicular to the floor. Sink your hips low, and eventually bring your front thigh parallel to the floor. This is Warrior II.

5. Drop your back hand to the back of your left thigh, bind, or reach and lift your front arm straight up as you inhale. Extend your fingertips toward the ceiling. Your front bicep should be next to your ear.

6. Keep your front knee bent and your hips low while you lengthen through your side waist. You can slide your back hand further down the leg or bind and come into a slight backbend.

7. Tilt your head slightly and gaze to the fingertips of your front hand.

8. Keep your shoulders relaxed, chest lifted, and the sides of your waist long.

Next time you are on your mat, play around with these alignment tips and find what works best for you. Everybody is different; your reverse warrior pose is as unique as your teacher’s or your friend’s.

Join us for a class online or in-studio! Namaste. 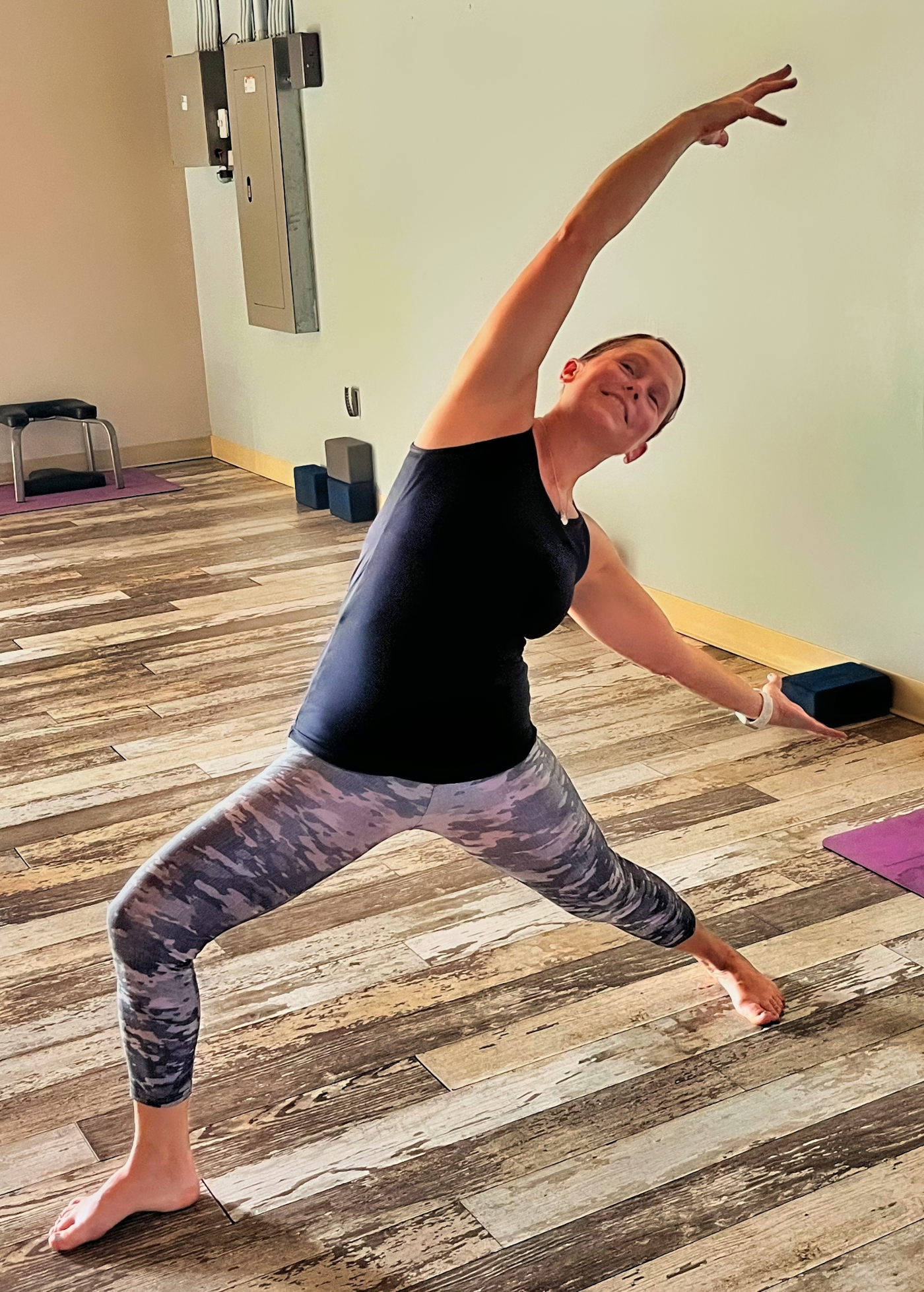 The beginning of a yoga journey is a special time. Start yours at Modern Yoga with our special offer for new clients.

Our schedule doesn't fit yours? Take our classes online! Boost your immune system and control your stress with yoga from the comfort of your living room.

We have over 90 yoga classes in our library now.